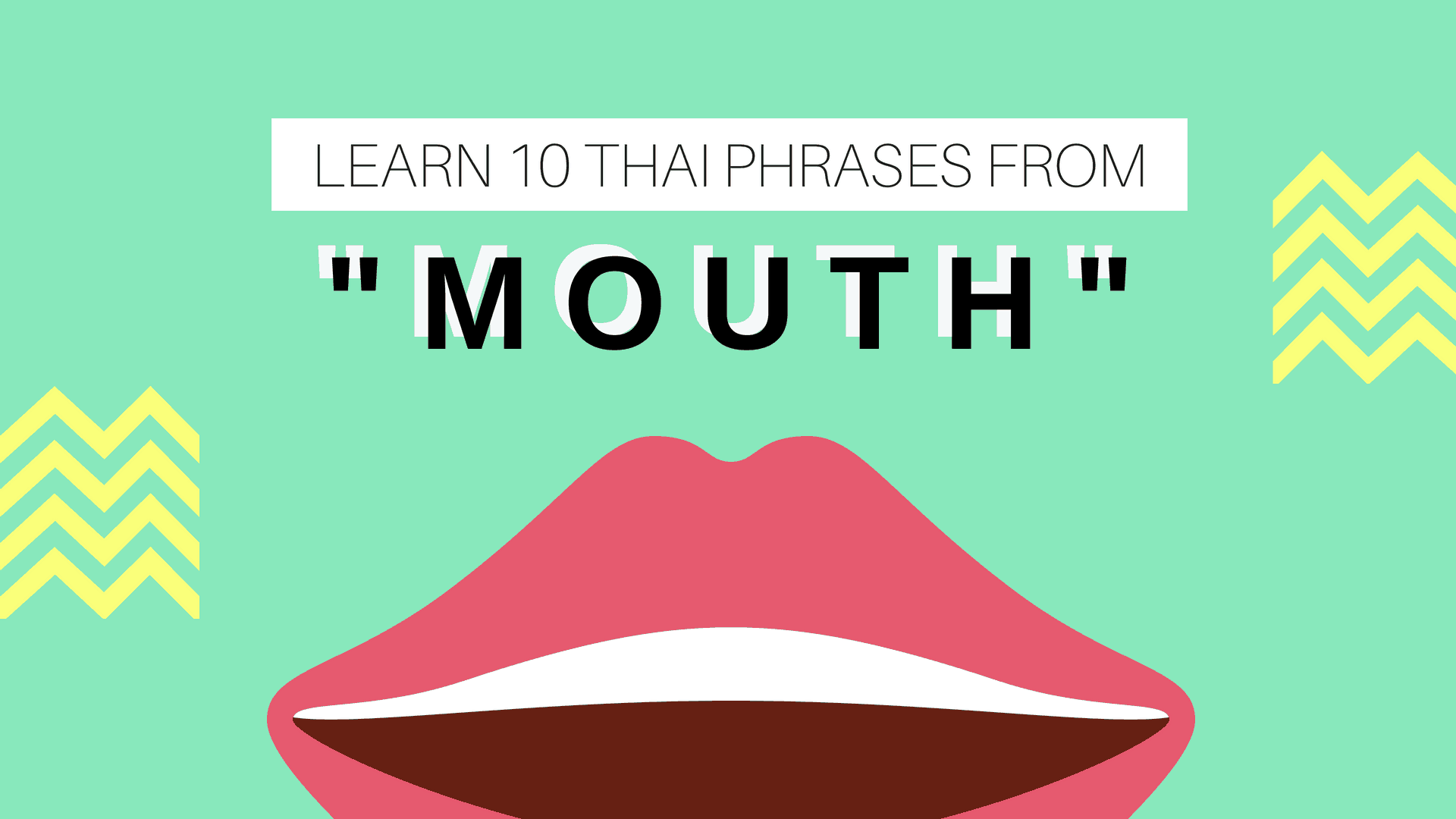 ปาก /bpàak/ in Thai language means mouth. Interestingly, many times the word “ปาก” /bpaak/ is used to build several phrases with different meanings. In this post, I will show you 10 phrases with “ปาก” /bpaak/ and how to use them properly.

Learning Thai phrases is one of the best ways to learn and understand Thai mentality and culture. Please note that some of the explanation is my assumption, just to help you relate the meaning and remember it easily.

Even though ดี /dii/ means good, this word doesn’t have a positive meaning as it is used as an insult to tell the person who seems to be an aggressive speaker. Just good at speaking to offend others. For example, Beam is a person who often speaks to offend people. So Max is /bpàak-dii/.

/bpàak-kèng/ has the similar meaning as /bpàak-dii/ in term of the person is good at speaking but not able to do as spoken. เก่ง /Kèng/ means well (adv). But in this case, it’s not a compliment.

จัด /jàd/ means extreme. This phrase is used for people who are likely to complain and offend people by using extremely impolite words. For example, Tim is so /bpàak-jàd/. He always uses bad words to argue against his friends.

/bpàak sà-wàang/ is a word used to call the person who is not capable to keep the secret. As สว่าง /sà-wàang/ means bright. Imagine, the mouth left some space open so a secret can leak from the mouth.

That’s why the light could get in. (hahaha) I know it might not make sense but I guess, this is how this phrase comes from. For example, Jessy is /bpàak sà-wàang/. She just told my secret to another friend.

As you know, ปลาร้า /plaa-ráa/ is fermented fish, and it stinks so bad. That is why this word has a negative meaning. /bpàak plaa-ráa/ doesn’t mean someone whose breath smells, but the person who often insults people or says negative things all the time. So his/her words are as stink as rotten fish.

เสีย /sia/ means broken, rotten or just bad. So /bpàak-sia/ also has the similar meaning as ปากปลาร้า /bpàak plaa-ráa/. Just the person who is /bpàak-sia/ does use bad words but more likely to say something negative. For example, John said, “I don’t think you will pass the exam”. John is /bpàak-sia/

มาก /mâak/ means a lot. You can guess that the person who is /bpàak-mâak/, should talk a lot and mostly for unnecessary or nonsense things. For example, Ticha cannot stop talking about how John failed the exam. Ticha is so /bpàak-mâak/.

เปียก /bpiàk/ and แฉะ /chae/ have the similar meaning of “wet” or “not dry”. The word is used when one has talked about the same thing but the listener never followed or accepted it. I guess that is why the mouth of the speaker gets so wet. For example, Adam told his son to make the bed, but his son never ever make the bed. Adam speaks so much that /bpàak-bpiàk bpàak-chae/.

This phrase is complicated to explain. First, let’s learn the important words.
– สิ้น /sîn/ = to finish / to end (not commonly used)
– กลิ่น /glìn/ = odor / smell
– น้ำนม /nâm-nom/ = milk (from mother in this case)

So this phrase means “young” as the person’s mouth still smells like his mom’s milk. And this word is used to look down on a person who pretends or tries to do something even though the person is still young or acts like a kid. For example, Jeff /bpàak mây-sîn glìn nám-nom/. He is still young and not well trained enough but he wants to fight in MMA.

See? the word, “ปาก” /bpaak/ and its phrases are really interesting as well as essential to learn as these words are so commonly used in daily life.

I hope you enjoy this lesson and pick some of these 10 phrases to use in the next conversation (Be careful! Most of them are more likely a complaint). 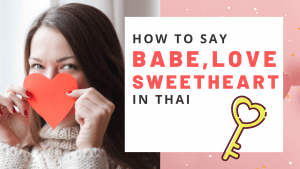 How to say My Love, Sweetheart and Babe in Thai 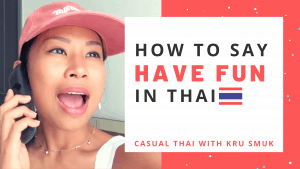 Thai phrase – how to say ‘Have fun!’ in Thai